For the smile you’ve always wanted:

Activator: An example of a functional brace.

Adhesive: The “glue” used to stick brackets and bands to teeth.

Aligner: A clear removable brace. Teeth are usually moved by a series of clear plastic aligners, each of which moves the teeth incrementally and gradually towards the intended goal. Almost as versatile as fixed appliances.

Appliance: A brace used to move teeth. It may be removable, fixed to the teeth, or a combination of both. See also “Brace”. Fixed braces are usually only removed when treatment is completed.

Archwire: A wire that is used as part of a fixed appliance or fixed brace. It is usually made of metal and is designed to align the teeth into a pleasing arrangement.

Band: A metal ring that is placed around a tooth. It usually also carries a bracket or a tube on it, in which case it performs essentially the same purpose as a stand alone bracket or tube but allows a more secure method of attaching it to the tooth.

Banding: The process of selecting and placing a band on a tooth. See also “Direct Bonding” and “Indirect Bonding”.

Bicuspids: A term used generally in North America to describe the fourth and fifth teeth from the front of the mouth. Usually there are two bicuspids on each side and in both jaws. The average person has eight bicuspids. Also known as premolars.

Biteplane: Similar to a biteramp. Usually used to unlock the bite. May be part of a removable brace or added to a fixed brace.

Biteramp: Similar to a biteplane but used to unlock the bite and direct the teeth. May be part of a removable brace or added to a fixed brace.

Bitewing Radiograph: A small X-ray designed to look at the area between the teeth. Good for detecting caries.

Bonding: The process of placing brackets on a tooth. A bonding process, where the brackets are placed on a plaster model of the patient’s teeth in a laboratory setting before being transferred to the patient’s mouth and glued to the natural teeth with an adhesive. See also “Direct Bonding”.

Brace: An appliance used to move teeth. It may be removable, fixed or a combination of both. See also “Appliance”.

Bracket: A component of a fixed brace affixed to an individual tooth. May be affixed to the inside or the outside of the tooth. Performs essentially the same purpose as a band but does not surround the tooth. See also “Fixed Brace”.

Canine: The third tooth from the front of the mouth. Usually there is one canine on each side of and in both jaws. The average person has four canines overall. Also known as “Cuspid”.

CBCT – Cone Beam Computerised Tomography: A means of getting a 3-d view, usually of the jaws and teeth, but sometimes of the skull also. Similar to a medical CT scan, but with much lower radiation.

Cephalometric X-ray: A profile X-ray taken to assess the relative sizes, positions and angles of the upper and lower jaws and their respective teeth.

Cingulum: The natural bump on the inside of incisor teeth.

Clasp: Part of a removable brace. Its purpose is to help to hold the brace in the mouth..

ClearStep: An example of clear aligners.

Crossbite: Where an upper tooth bites inside a lower tooth.

Crowding: Where the overall width of the teeth is too large for the bone holding the them.

Crown: The part of the tooth that is visible in the mouth.

Cuspid: Another term for Canine frequently used in North America. The third tooth from the front of the mouth. Usually there is one cuspid on each side and in both jaws. The average person has four cuspids. See also “Canine”.

Deepbite: When the overbite is excessive.

Direct Bonding: A bonding process where the brackets are placed directly on the patient’s natural teeth using an adhesive.

Elastics: Usually made of latex and used to move the teeth. May be placed between the upper and lower jaws or within a single jaw. They are usually removable and changeable by the patient.

Endodontics: The specialised branch of dentistry that deals with root canal treatment.

Endodontist: A dentist who has specialised training in endodontics.

Expander: A device used to widen the jaw – usually the upper jaw. May be incorporated as part of a removable appliance or may be affixed directly to the teeth using fixed bands.

Facebow: The part of the headgear that connects the outside part to the brace inside the mouth.

Fixed Brace: A brace that is stuck to the teeth. It is usually composed of an archwire and a combination of brackets, tubes and bands to enable the force of the archwire to be applied to the teeth.

Frankel: An example of a functional brace.

Functional Brace: A brace that may be fixed, removable or a combination. It is used usually only used in growing patients. It utilises the forces generated by the patient’s own muscles to perform its function.

Headgear: An addition to a brace which extends around the back of the head and applies a backward force to the upper teeth.

Herbst: A form of a fixed, functional appliance.

Impression: A means of getting a permanent record of the teeth. A soft material is placed around the teeth and allowed to set over a period of one to two minutes. On removal it is sent to the laboratory where a set of permanent models are made.

Implant: An orthodontic implant is a small metal screw that is screwed into the bone to allow a force to be applied while keeping it free of other teeth. It is usually only placed for a few months. Also known as a Temporary Anchorage Device (TAD) or as a Bone Anchorage device (BAD).

Incisal Edge: The sharp, cutting edge of a front or incisor tooth.

Incisor: The teeth at the front of the mouth. Usually there are two incisors on each side and in both jaws. The average person has eight incisors

Incognito: An example of lingual braces.

Indirect Bonding: A bonding process where the brackets are placed on a plaster model of the patient’s teeth in a laboratory setting before being transferred to the patient’s mouth and glued to the natural teeth with an adhesive.

Invisalign: An example of clear aligners.

Ligature: A means of tying an archwire to a bracket. It may be made of rubber or wire.

Lingual Braces: A type of fixed braces where brackets are placed on the tongue side of the teeth.

Malocclusion: A general term for poor alignment of teeth or jaws. May be due to any combination of spacing, crowding or poor bone relationships.

Malocclusion – Class I: Where the upper and lower jaws are well balanced but the teeth are crowded or spaced.

Malocclusion – Class II: Where the upper jaw is relatively far forwards compared to the lower jaw. Crowding or spacing of the teeth may be superimposed on this adverse jaw relationship.

Malocclusion – Class III: Where the lower jaw is relatively far forwards compared to the upper jaw. Crowding or spacing of the teeth may be superimposed on this adverse jaw relationship.

Molar: The large teeth at the back of the mouth. The first molar usually erupts in children at about the age of six and is mistakenly thought by parents to be the last “baby tooth”. The average person has three molars on each side, upper and lower and so has 12 molars in all. The third molar is what is commonly called the wisdom tooth.

Moulds: A term incorrectly used to refer to either study models or work models.

Moulds: A term incorrectly used to refer to either study models or work models.

Openbite: When there is a gap between the upper and lower teeth when the back teeth are biting together.

Panoramic X-ray: An X-ray that usually shows all the teeth in the mouth on one X-ray film.

Periapical Radiograph: A small X-ray designed to look at the the whole crown and root of one or two teeth.

Periodontology: The area of dentistry that deals in treatment of the gums and bone surrounding the teeth.

Periodontist: A dentist who has special training in periodontology.

Prosthododontics: The area of dentistry that deals in the replacement of missing teeth.

Prosthodontist: A dentist who has special training in prosthodontics.

Plate: Usually made of plastic and used to connect the various components of a removable brace.

Premolar: Fourth and fifth teeth from the front of the mouth. Usually there are two premolars on each side and in both jaws. The average person has eight premolars. Also known as Bicuspids as they have two cusps.

Radiograph: The correct term for what is usually called an “X-ray”. A radiograph is the “picture” or image seen on the film when it is exposed to X-rays.

Removable Brace: A brace that can be removed by the patient. It is usually composed of wires to move the teeth, clasps to hold the brace in the mouth and a plastic plate to hold it all together. Not as powerful or as versatile as fixed appliances.

Retainer: A brace that is used to keep the teeth straight after treatment has been completed. It may be fixed or removable. Common misuse of this term results in it being confused with a removable brace.

Root: The part of the tooth that does not appear in the mouth.

Scissorsbite: Where an upper cheek tooth bites fully outside its corresponding lower tooth.

Separator: An item placed between back teeth to create a small space (less than 1 mm). This space allows placement of a band. It is usually made of rubber.

Six-month Brace: A type of fixed brace that is designed to align the six front teeth in a short period of time. It does not aim to treat any underlying bite problems.

Skeletal Malocclusion: Where the jaws are out line with each other.

Spacing: Where the overall width of the teeth is too small for the amount of bone.

Spring: A componenet of a brace made of metal and used to move teeth. Some springs are built into removable braces and some are added as components to fixed braces.

Study Model: A record of the teeth. Commonly made of plaster but digital versions have been developed.

Wisdom Teeth: The third molars in a patient’s mouth. Usually begin to erupt in the late teens or early 20’s. Sometimes they require removal and sometimes they do not develop at all.

Working Model: A record of the teeth on which appliances are constructed. Made of plaster.

Book your consultation at Dundrum Orthodontics today and start your journey to a new smile. 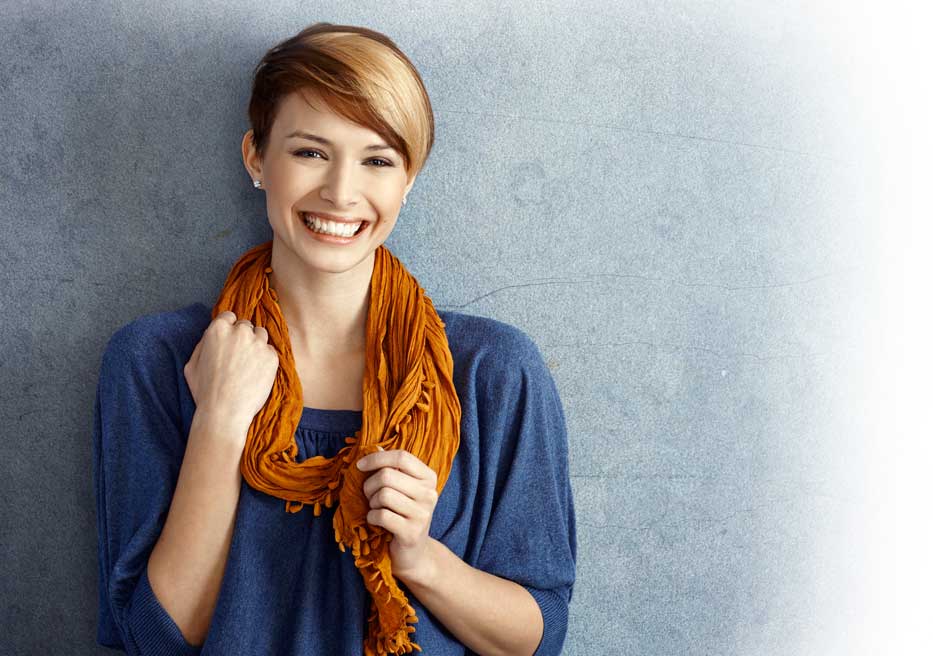